Years ago my ego was getting out of control.I heard stories of great photographers and how they would only give their clients the photograph that they wanted them to use. I thought that was the way it should be; after all, clients were hiring me for my point of view, lighting and composition.

One of the jobs I was hired to shoot, was a still life for the cover of the AJ Bayless Annual Report. The shot was to feature Bayless Honey. I hired Janet Nelson (who is one of the best photo stylists in Phoenix) to find the props and help me on the shoot. Janet collected most of the props from the Bayless Museum, promising to return them by the end of the day.

The photo was shot with 8×10 film for maximum quality. This was an expensive shot. While setting up, I came up with the idea of putting a honeybee on top of the jar of honey. Janet loved the idea, and she was able to obtain some honeybees. She discovered that if you freeze the honeybees, they would be in suspended animation. Perfect – so now I could place the bee where I wanted it. FYI – When bees thaw out, they are alive! We finished composing and adjusted the lighting, I placed the bee on top of the jar, shot the photo.

Enter ego. I decided to just shoot the shot with the honeybee in it and not shoot an option without the bee {Dumb}. They would have to use that shot. I delivered the photo to my client. The first thing out of his mouth was, “Did you also shoot it without the bee?” I said, “No”. Note – all of the props had already been returned to the museum.
My Client took the photo over to Bayless and the president of Bayless saw the photo. His reaction was priceless, “What is that insect doing on our product.”

Well, I don’t have to tell you what happened next, but I will. My client calls me up and said “I don’t care what you have to do, but we have to reshoot the photo without the bee.” This was late on a Saturday. I called Janet to ask her if she would be able to get the props (again) for us. She informed me that the Museum was closed. In this business there are no excuses and you can’t say no. I don’t know how she did it, but Janet was able to get back most all of the props by Sunday morning. The trick now was to compose it and light it as good as the same shot with the bee. It took about 15-20 8×10 Polaroid’s and 8 sheets of film to create the shot. I made sure I had back up. On Sunday, we were able to reach the owner of the film lab and were able to get him to open the lab to process the film. Between the Polaroids, film and the expense of opening the lab, most all of the profits went out the door.

When we got the film back, the lighting and composition was better than the original bee shot, but not by much. Ray took the shot to Bayless where the President was meeting with the Chairman of the Board. Ray showed the photos to the president, who then showed it to the Chairman. The Chairman didn’t know what just went down and when he saw both photos he made a comment to the president, “What a fantastic idea to put the honeybee on the jar of honey.” The president smiled and agreed. The final cover of the annual report was with the honeybee. I wound up eating the additional expenses, but they used my concept. Whoopee!

The lesson learned is, when you have a great idea, make sure you cover your “Bee Hind” – LOL. Shoot it both ways and have the safe version hidden away just in case you need it. The client always is right… right or wrong. 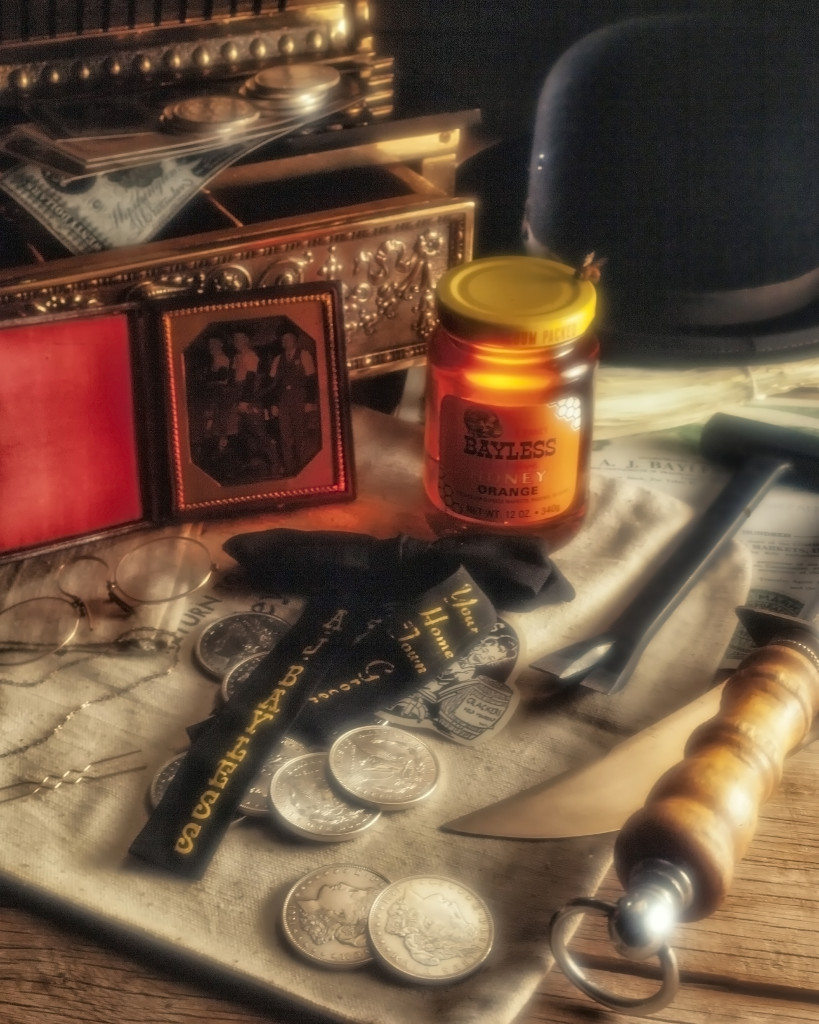